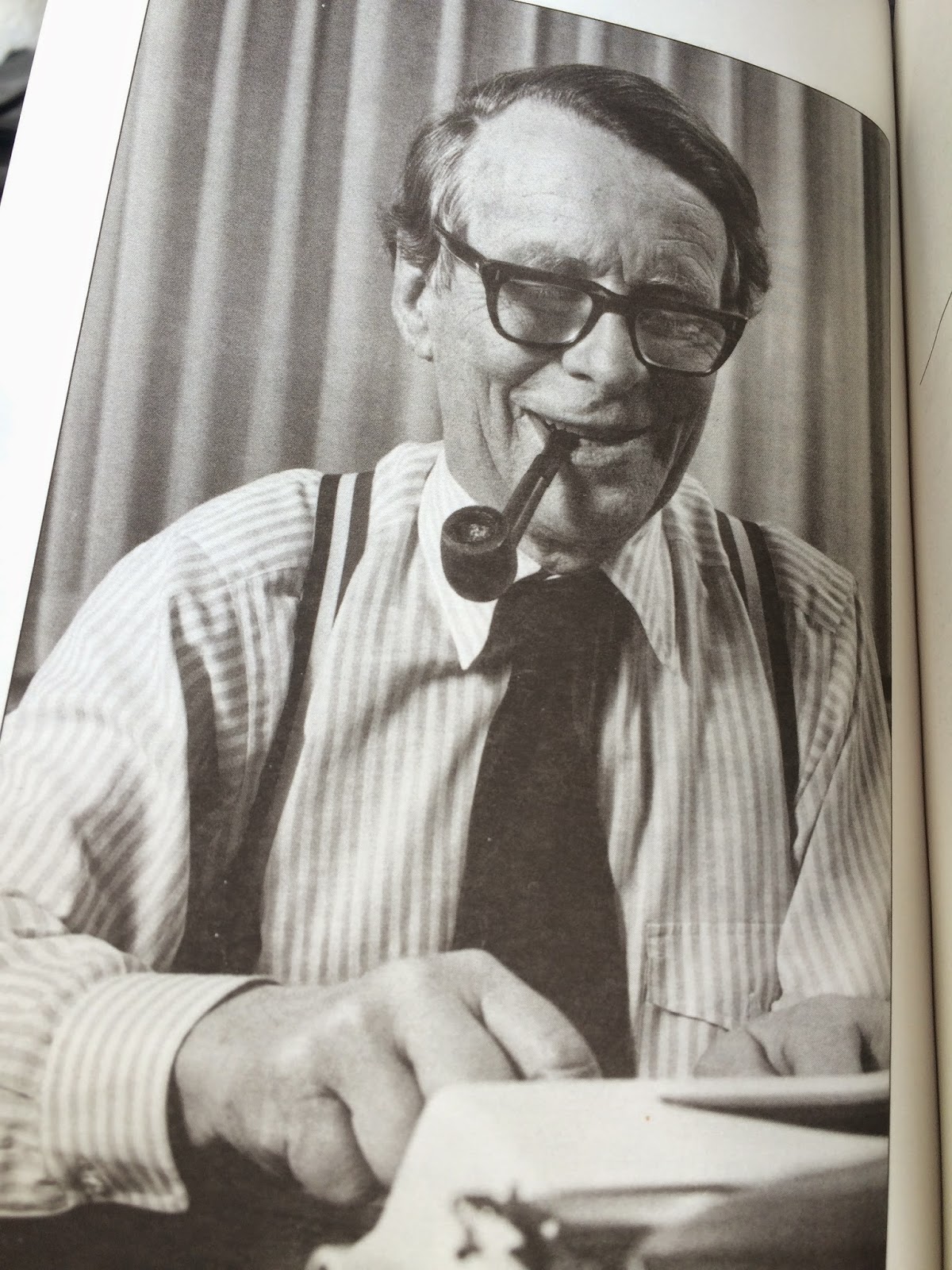 “You must always be faced soon or later with questions and objections, which may indeed be taken as a sign that the prospect’s brain is in working order, and that she is conscientiously considering the Aga as a practical proposition for herself.” (Ogilvy, 2012, p.11).

“Develop your eccentricities while you’re young. That way, when you get old, people won’t think you’re going gaga.” (Ogilvy, 2012, p.14).

“They were too dull to penetrate the filter which consumers erect to protect themselves against the daily deluge of advertising. Too dull to be remembered. Too dull to build a brand image. Too dull to sell.” (Ogilvy, 2012, p.46).

“A foolish consistency is the hobgoblin of little minds … Speak what you think today in words as hard as cannonballs, and tomorrow speak what tomorrow thinks in hard words again, though it contradict everything you said today.” (Ogilvy quoting Ralph Waldo Emerson, 2012, p.47).

“I have never written an advertisement in the office. Too many interruptions. I do all my writing at home.” (Ogilvy, 2012, p.58). 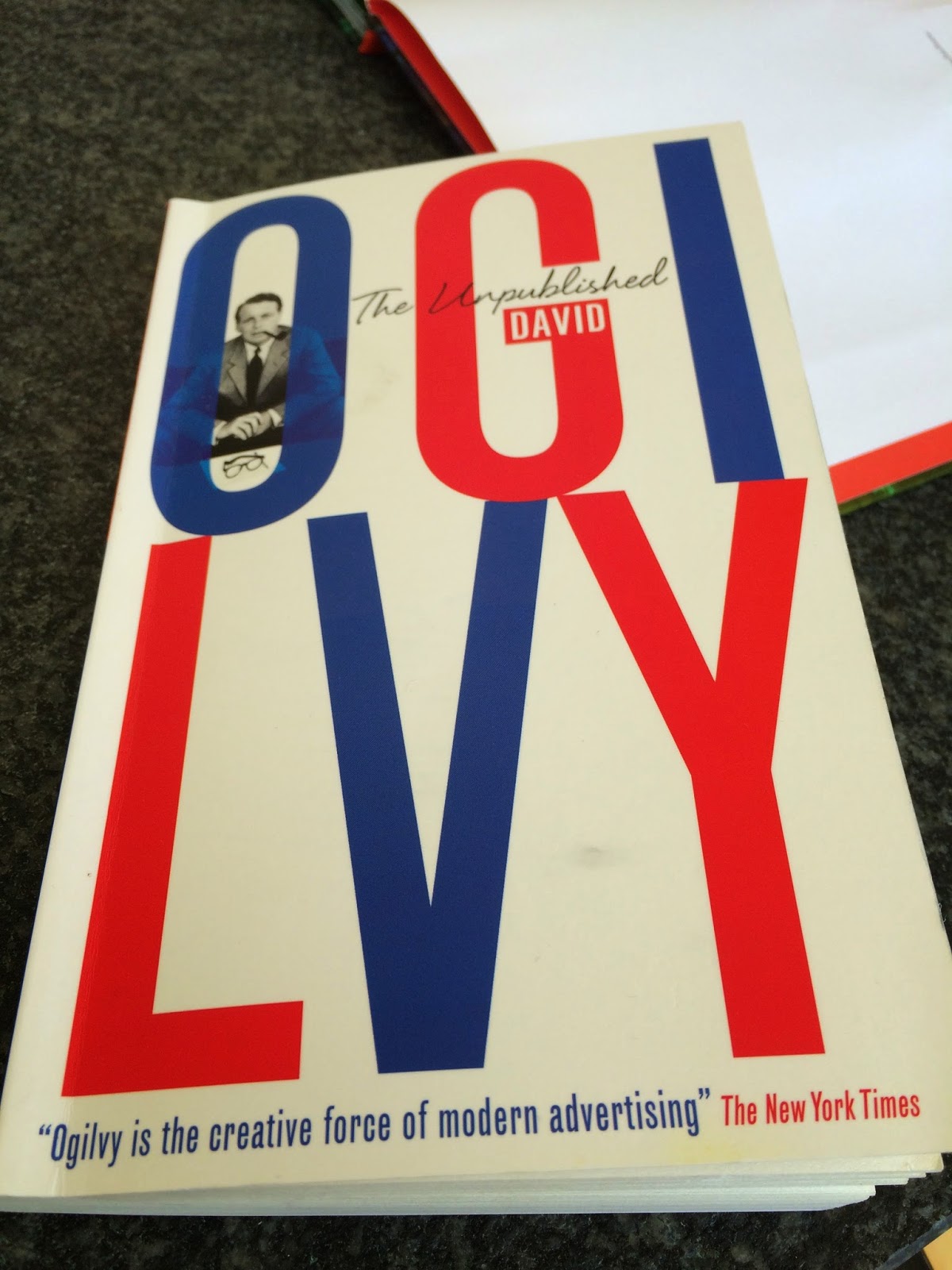 “I write out a definition of the problem and a statement of the purpose which I wish the campaign to achieve. Then I go no further until that statement and its principles have been accepted by the client.” (Ogilvy, 2012, p.58).

“Every time you run an advertisement that is genuinely creative and interesting, you not only benefit your own company, but all your fellow advertisers.” (Ogilvy, 2012, p.85).

“Every advertisement is part of the long-term investment in the personality of the brand.” (Ogilvy quoting Gardner and Levy, 2012, p.86).

“There is nothing so demoralizing as a boss who tolerates second-rate work.” (Ogilvy, 2012, p.94). “Don’t let your people fall into a rut. Keep leading them along new paths, blazing new trails. Give them a sense of adventurous pioneering.” (Ogilvy, 2012, p95).

“Really, the amount of paper we have to read nowadays is horrible. For Pete’s sake write shorter memos. Don’t argue with each other on paper.” (Ogilvy, 2012, p.96).

“Manufacturers are buying volume by price-discounting. (…) As my partner Graham Philipps says, they are training consumers to buy on price instead of brand.” (Ogilvy, 2012, p.120). “A cut price offer can induce people to try a brand, but they return to their habitual brands as if nothing had happened.” (Ogilvy, 2012, p.122).

“While you are responsible to your clients for sales results, you are also responsible to consumers for the kind of advertising you bring into their homes. Your aim should be to create advertising that is good taste.” (Ogilvy, 2012, p.133).

“They (leaders) do not suffer from the crippling need to be universally loved; they have the guts to make unpopular decisions (…). Gladstone once said, that a great Prime Minister must be a good butcher.” (Ogilvy, 2012, p.158).